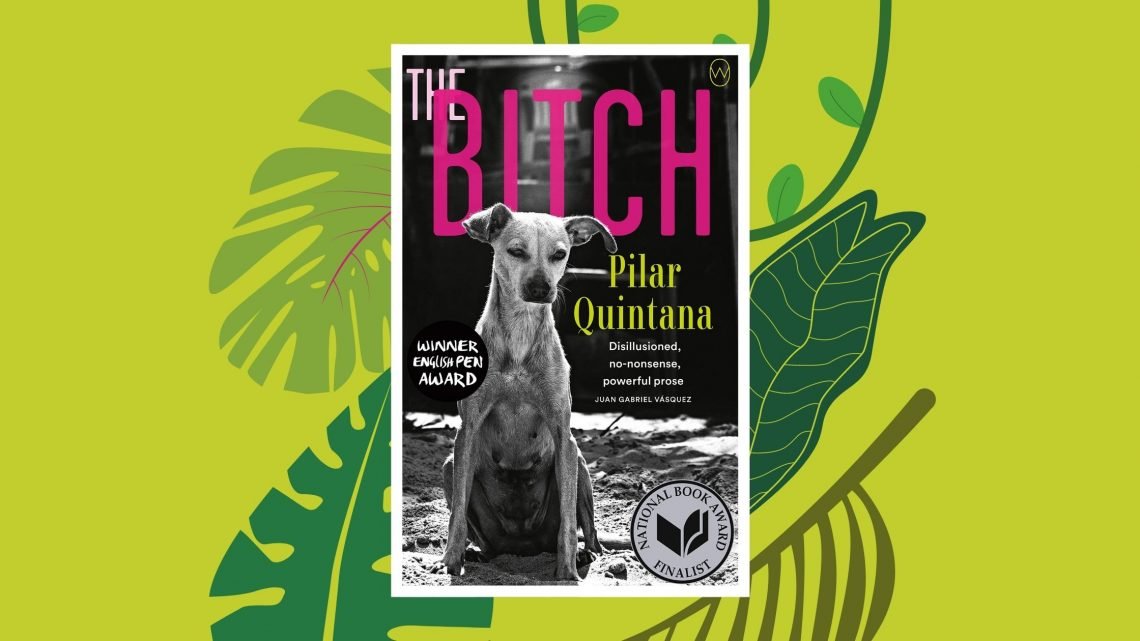 It took my just an hour to read The Bitch, a short novel – practically a novella, really – about poverty, isolation, and disempowerment, with a simmering undercurrent of violence. However, while this brevity worked in the book’s favour from a prose standpoint, it left me feeling that certain key elements were skirted over, plot-wise.

Set on the Pacific coast of Colombia, The Bitch (Quintana’s first English-language translation) is an unsparing tale of Damaris, a childless 40-something marked by a childhood tragedy and ongoing adult hardships, who adopts a scrappy street dog called Chirli. Heart-warming in its basic premise, The Bitch is far from a cuddly narrative of pet ownership. In fact, it’s a relentlessly bleak narrative of life balanced on a death-stained bluff between jungle and ocean, which remains unerringly ambivalent to whether you live or die, survive or thrive.

It’s precisely these unsettling, salt-soaked surrounds which steal focus throughout, including a jungle that takes the living and a sea that returns only the dead. Contrary to popular narratives about coastal Colombia, there’s nothing comfortingly tropical about this unsparing environment where nature has the upper hand. (In fact, the question of just who the titular ‘bitch’ is, exactly – Chirli or Damaris? – hangs over the novella, but for my money it’s mother nature herself. Life’s a bitch, and all that.)

Quintana’s excellent evocation of the stifling heat, uncompromising bluff, and ever-present threat of both jungle and sea – working in tandem with the terse prose, brought into an understated but effective English by accomplished translator Lisa Dillman – elevates The Bitch for me.

However, despite being set in the languid humidity of the Colombian coast, The Bitch rushes breakneck through a tragic childhood backstory that’s then referenced repeatedly and positioned as a key emotional turning point for Damaris. Yes, I’m talking about Nicolasito, a minor (yet somehow crucial?) character who left me cold. I can see how this lack of breathing room feels appropriate given the oppressive setting of the novella itself, but it gave me no time to fully understand the connection between Damaris and Nicolasito before unceremoniously washing him out to sea and positioning his death as a driving emotional force of Damaris’ adult motivations. And, for reasons I can’t explain, his name irritates me beyond belief.

Somewhat hurried backstory aside, on reflection, the characterisation of Damaris in and of herself is effective, although it’s worth pointing out that no character in The Bitch (including the puppy; yes, I know!) is in any way sympathetic. Ultimately a tragic figure, shaped and marred by her environs, Damaris tries and fails to gain respect at every turn, ending up scorned by everyone from her friends and family to her husband and the ungrateful dog she carried to her breast as a puppy. Where the latter is concerned, the thanklessness of motherhood comparisons write themselves.

In short, if you’re a fan of clipped prose and want a brief read that engages with several thematic levels, I recommend The Bitch. Just try to overlook the whole Nicolasito fiasco.

Note: I requested and was provided with a review copy of The Bitch from World Editions.

Pilar Quintana (Cali, 1972) is an award-winning novelist and short story writer from Colombia. The Bitch is her first (and currently only) book in an English-language translation. 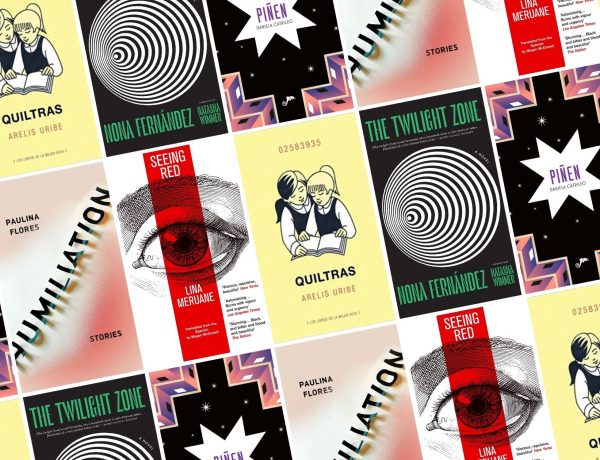