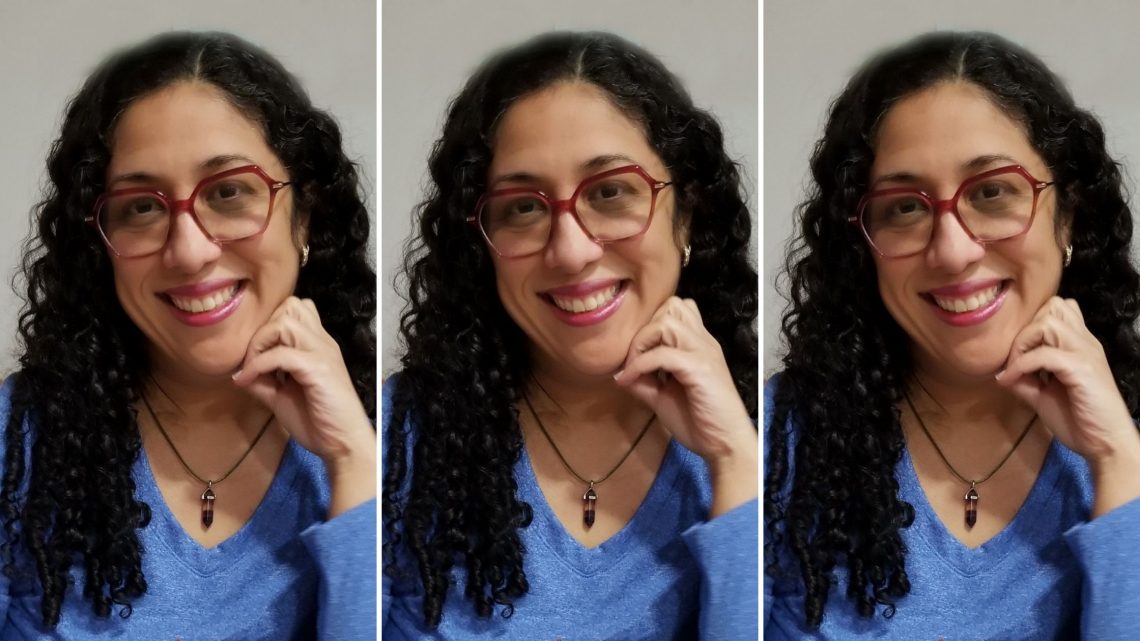 Naida Saavedra is a Venezuelan writer, translator, editor, and researcher based in New England and known for her short stories, including Desordenadas (SEd, 2019) and Vestier y otras miserias (Verbum, 2015).

As well as writing fiction, Naida is also a researcher specialising in Latinx literature, especially the so-called “New Latino Boom”, a term she herself coined to describe a growing trend of Latin American writers working in Spanish in the US.

Lauren Cocking: Tell me more about the #NewLatinoBoom. What is it?

Naida Saavedra: The New Latino Boom is the explosion of literature written and published in Spanish in the United States during the first decades of the 21st century.

What I’ve observed since the beginning of the century—and especially during the second decade—is the arrival of poetry collections, novels, short stories, chronicles, anthologies, and literary contests in Spanish.

In addition, the New Latino Boom [continues to grow] because each entity is promoting literature in Spanish in the United States at every level; publishers are not working in isolation. Rather, a connection has been established between publishers and writers with bookstores, cultural organisations, and universities. Likewise, we can see how diverse anthologies, readings and talks, festivals, literary workshops, and more recently, conferences and articles or academic essays, make the New Latino Boom possible.

LC: How long has this been going on for?

NS: I coined the term “New Latino Boom” to identify the movement. However, one of its foundations is a group of immigrant writers based in Chicago who started to edit and publish literary magazines in Spanish in the early 90s.

The Generación del 92 was formed by Franky Piña, Raúl Dorantes, Febronio Zataraín, Enrique Murillo, Rafael Calderón, Ninfa Martínez, and Jorge Hernández. These writers—along with other who became part of the group later on—founded and published a series of magazines including Fe de erratas, Tropel, and Zorros y erizos. The Generación del 92 is crucial to the construction of the New Latino Boom as a movement. LC: When and why did you become interested in the boom?

NS: Over twelve years ago, I discovered a vast body of work by various writers while I was pursuing my PhD. I was doing research on Latinx literature and immigration issues, and at the same time, I was interested in socio linguistics and how code switching is presented in novels and short stories.

In addition, I was trying to establish myself as a writer of fiction who writes in Spanish in the US, therefore, I wanted to learn about the editorial field in Spanish here.

I kept reading fiction and began to pay attention to magazines and publishing houses, realising that writers and editors shared similar goals and methods of publishing, distributing, and advertising books. It was exciting to see a movement in the making and I decided to devote my time to documenting it.

LC: What’s the most exciting thing happening within the #NewLatinoBoom at the moment?

NS: The fact that the movement is developing right now, in front of our very eyes, is really exciting. What I mean by developing is growth and transformation. This tree is growing branches—there’ve been more anthologies published showcasing Spanish-language voices in the US; there are panels taking place at academic conferences.

All of this is possible because the people that are part of the movement are committed to producing Spanish-language literature, so they’re supporting and nourishing one another. That’s why we see writers not only publishing their own works, but also writing blurbs, presenting books, writing reviews, doing interviews; or rather, establishing a dialogue that enriches and strengthens the New Latino Boom.

When I realised that these collaborations existed, it seemed crucial to pay attention to the get-togethers. After several years of investigation—and then formal interviews with editors and authors—I published the #NewLatinoBoom: cartografía de la narrativa en español de EE UU (El BeiSMan PrESs, 2020) monograph.

LC: How significant is it that there’s a new wave of US-based authors choosing to write in Spanish?

NS: The existence of the New Latino Boom is relevant because the authors are drawing media and academic attention right at a moment when writing in Spanish is becoming an act of resistance.

[Plus,] the foundation and development of independent editorials that publish in Spanish provides the authors with the opportunity to tell their stories from the US without having to go to [publishing houses in] other countries. Likewise, the New Latino Boom body of literature [is starting to] dialogue with the literature published in Latin America and with Latinx literature written in English. LC: Who are some of the publishers working with these authors to publish Spanish-language writing in the US? (I know you wrote about this for LatAmLitToday!)

LC: What impact will this groundswell of Spanish-language publishing in the US have?

NS: We can see the impact of the New Latino Boom in its own birth and consolidation. It’s impossible to ignore the fact that there are now several masters and doctorate programmes dedicated to Literary Creation in Spanish, same as with magazines—such as ViceVersa Magazine, Baquiana, El BeiSMan, Nagari, Los Bárbaros, Literal Magazine, and Suburbano—dedicated to showcasing the on-the-rise literary production.

Similarly, a bridge is being established—a sort of dialogue between what’s written in the country and what’s written in Latin America—both in and out of academia. Jennifer Thorndike and Giovanna Rivero are in dialogue with the noir works of María Fernanda Ampuero, Mónica Ojeda, or Mariana Enríquez. Dainerys Machado is part of the Granta en español 2021 list.

We’re able to see essays, reviews, and translations in magazines like Latin American Literature Today, as well as in mainstream book media and pop culture sites such as Book Riot and Al Día News. The literature of the margins, of the minority, in the language of resistance, is now in the spaces of the mainstream.

NS: I think for writers who publish with large editorials that have specialised marketing teams, creating a website perhaps isn’t as necessary. On the other hand, in the world of self-publishing, artists tend to place importance on total digital presence in order to appeal to the wider public.

I think in many cases, social media–for example, Twitter–replaces websites, both in the US and Latin America; for both those writing in Spanish and those writing in English. Twitter is a well-oiled machine when it comes to bridging the gap between writers and readers. LC: What are you working on at the moment?

NS: I’m writing my first novel! It’s exciting to embark on this creative journey and I’m in no rush; I’m taking my time and enjoying every second I get to spend thinking and writing. I’ve written short stories and chronicles and I’ve explored different writing techniques. Now my goal is to write a longer story applying some of those techniques. It’s an experiment and I’m thrilled!

LC: What are you reading at the moment?

LC: Would you like to mention any fellow #NewLatinoBoom authors to watch out for?

NS: One of the things that I like the most about the New Latino Boom is the fact that there are so many authors. I can name a few: Carolina Herrera, Keila Vall de la Ville, Hernán Vera Álvarez, Oswaldo Estrada, María Mínguez Arias, Anjanette Delgado, Antonio Díaz Oliva, Fernando Olszanski, Kelly Martínez-Grandal, Luis Alejandro Ordoñez, Raúl Dorantes, Juana Ramos, Oriette D’Angelo, Ulises Gonzales, Silvia Goldman. After publishing my book about the New Latino Boom, I launched an online database—I invite everyone to visit it to get to know more writers, publications, and news.

This interview was conducted over email in both Spanish and English. Some answers were translated into English by me and edited slightly for length and clarity. 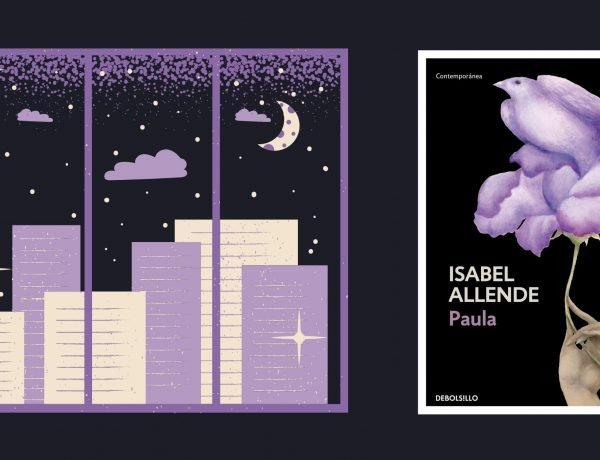 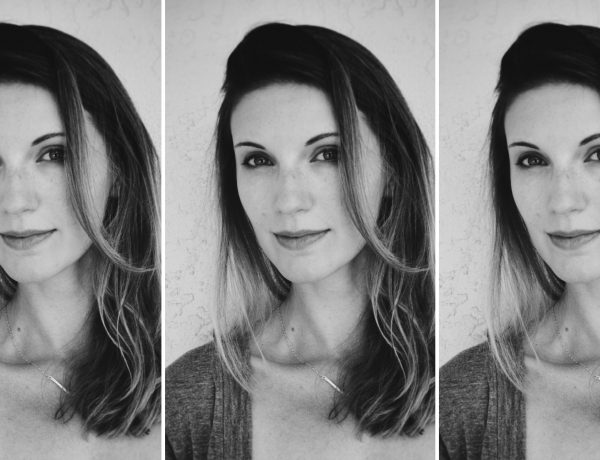 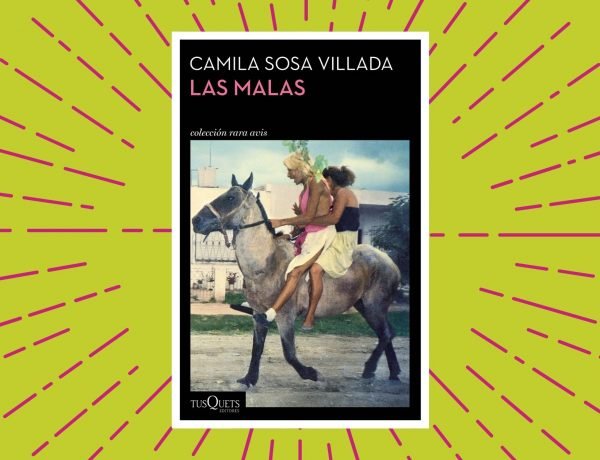