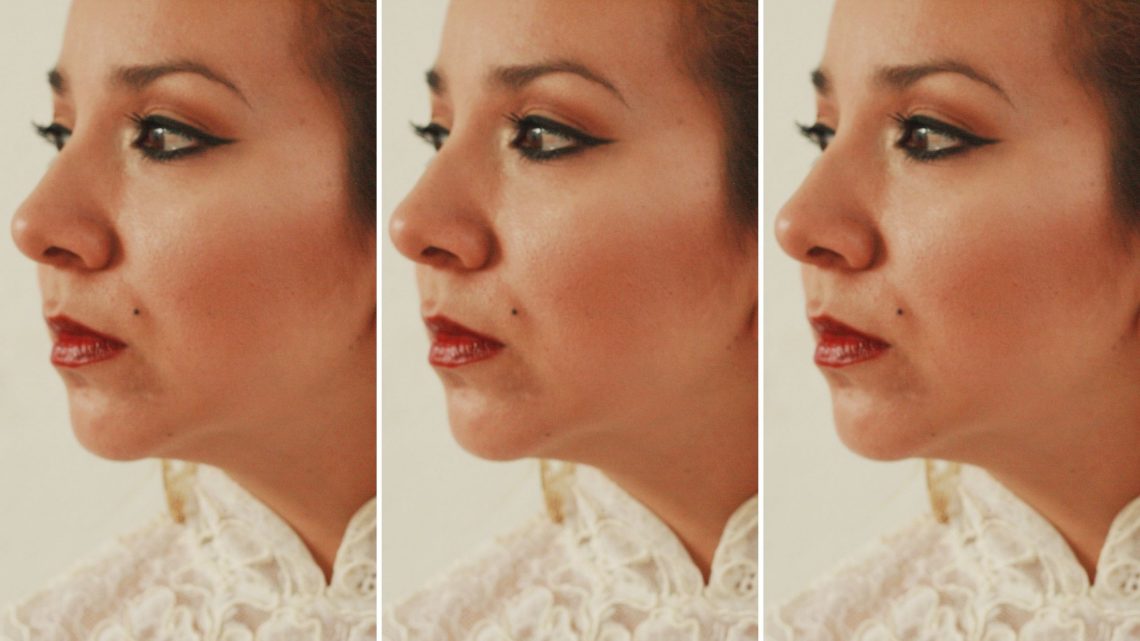 You ever hear about someone and wish you were friends with them? You ever interview them over email and wish you’d got the chance to talk with them in person? That’s how I feel about Esther M. García, the founder of the Mapa de las escritoras mexicanas and author of Bitácora de mujeres extrañas (2014) and Confesiones de una booktuber (2018).

Developed in response to the repeated sidelining of Mexican women writers at cultural events across the country, the Map of Mexican Women Writers seeks to spotlight the incredibly broad spectrum of literary work produced by Mexican women. To be included, writers must have at least one published text from an established editorial, have been born after 1930, and send in a bio including info on their life and work.

Here, we discuss femicide, favouritism, and the international response to her project.

Lauren Cocking: Tell me a bit about yourself! I understand you’re from Ciudad Juárez (in the north of Mexico); what’s the literary scene like there?

Esther M. García: I was born in Ciudad Juárez, but I don’t live there. I’m based in Saltillo, Coahuila which is also in the north of Mexico, close to Monterrey. Let’s say it’s the backdoor of Monterrey, a quiet place, that has hardly any cultural scene in comparison with Monterrey. We have our misogynistic and machista sacred cows, as well as several nationally- and internationally-recognised women writers who quietly get on with the job.

I’m not a very sociable person in real life, so I don’t move within artistic circles. I know a few people and I’ve worked with a few more; but I prefer to work alone because I have too many opinions and ideas that most people find crazy or impossible to carry out. For example, the map of Mexican women writers.

LC: I’ve obviously read about the project already but – sorry to make you describe it again! – could you tell me when and why it came about?

EMG: The project came to fruition in May 2020 and it started thanks to a cultural association [the ‘Brigada para leer en libertad’, or ‘The Freedom to Read Brigade’] that wanted to give a workshop [called ‘Para escribir en libertad’, or ‘Freedom in Writing’] led entirely by men. There wasn’t a single woman on the roster. When I asked them why, they said that none of the three women writers they’d considered was able to give the workshop and they didn’t know of any others. So, I went to social media and asked: “How many women writers do you know? Name them, tell me where they’re based.” That went viral on Facebook and Twitter.

I started to think about what I could do with the information, so that it could do some use instead of staying as just another tweet or Facebook status. That’s when I started to compile, research, and use some of my tech skills to create the map, which now has more than 500 Mexican women writers listed, based both in and outside of Mexico. LC: I’m really interested in the parallels between your map and the Mexican femicide map that went viral a few years ago. I’m obviously not comparing the exclusion of women writers with femicides, but do you think there’s a link between the invisibilisation of women writers in Mexico and the country’s femicide epidemic?

EMG: [The maps] have a lot to do with one another – I actually took the idea from the femicide map which was created by María Salguero, a Mexican activist and geophysicist. I used it as a reference point, because I think it’s an incredible project, one that visiblises the high rates of violence Mexican women suffer the length and breadth of the country.

But, obviously, her map is the antithesis of mine; it visibilises death and violence, while [the Map of Mexican Women Writers] names living writers, makes visible and promotes their work as Mexican women attempting to decentralize the canon.

To me, it seems that both maps touch on the issue of which bodies matter, why they should matter, and where they’re from. We know that some deaths draw greater attention – the femicide of a Mexican politician’s daughter will monopolise the media, while the femicide of an indigenous girl or one from a marginalized family will go unpunished and won’t receive as much coverage. It also depends where exactly this all happened and under what circumstances.

The same thing happens in artistic circles; everything is centralized. It’s said that ‘the best’ Mexican literature comes from the heart of the country — Mexico City, sometimes Guadalajara. When thinking about which women writers could take a spot in a workshop, at a conference, or on a judging panel, it’s worth noting that women from those regions — [Mexico City, maybe Guadalajara] – are always thought of first, even though there are so many authors writing in Spanish or indigenous languages that deserve to be taken into consideration.

So, of course, all that to say that these are different levels of violence and aren’t directly comparable, but at the end of the day it’s still violence that we as a society need to work to eradicate. Examples of the entries on the Map of Mexican Women Writers

LC: Thinking about the cultural association that started it all, what’s been the response from the cultural centres and institutions regarding the map?

EMG: It seems to me that there’s been a greater willingness to invite women writers to festivals, workshops, conferences, talks, and chats. Although there’s always a level of subjectivity-based favouritism, at least organisers now realise that there’s a much greater playing field to choose from. They can’t fall back on their old favourite phrases – “it’s just that I don’t know any women writers in that region”, “it’s that there aren’t any”, “it’s that she couldn’t come and I ran out of options” – anymore.

LC: Would you like to see more projects like this in other Latin American countries? Have you been in touch with anyone in other countries about the possibility of setting one up?

EMG: Yeah, I’d love to. I’ve seen that artists in Spain have replicated the idea behind the map, but for music not literature. In Mexico, there’s also a ‘Mexican Women Musicians’ map in the works and I think they’ve got more than 150 names already. I’ve also had emails, DMs, and messages from Latin American women writers hoping to widen the map beyond Mexico.

In general, Venezuelan and Colombian writers have seemed really interested in the idea and I’m working on a way to help them create maps for those countries. But I’m still figuring out how to do that, given that it’s a lot of work, unpaid work at that. That’s the main problem – money. It’s what I’d need in order to expand and make this project more professional so it can grow and spread further afield.

LC: How have the writers themselves reacted to the map?

EMG: From what I’ve seen, they’ve been really excited. They’re really interested and some of them have even helped me expand the map in the region where they’re based; little by little we’re creating a very expansive network. Elvira Hernández Carballido [a journalist, columnist, and academic] has been incredibly valuable when it comes to growing the network, talking to more writers, and submitting more write-ups for the map. Paloma Cuevas, another writer, has also submitted a bunch of write-ups. Elma Correa, Minerva Reynosa, and loads more have sent names, bios, and spread the word about the project so more and more writers – including ones that maybe aren’t even on social media – could be mapped.

LC: Which writers, that you’ve discovered by way of creating the map, do you wish more people knew about?

EMG: Uf, there are loads. I wouldn’t want to fall into the same trap of power dynamics and favouritism by naming them though. I’d be giving them recognition, sure, but I’d rather that the map did that. I think that going into that space and taking the time to read the bios and look at the QR codes that feature work by several writers can help more readers (and cultural centres) to open their eyes and recognise the literary output of many, many Mexican women writers both in and outside of Mexico.

LC: What’s your end goal or objective with regards to the map?

EMG: To promote, share, and visibilise the work of Mexican women writers, so that we no longer exist anonymously, in the shadows, as the second-best, hysterical, crazy, black sheep of the literary world. I want this project to be a reference point for generations of writers to come, a record that we’re here, we’ve been here, and, together, we endure.

This interview was conducted over email and has been translated from the original Spanish, as well as edited slightly for length and clarity. 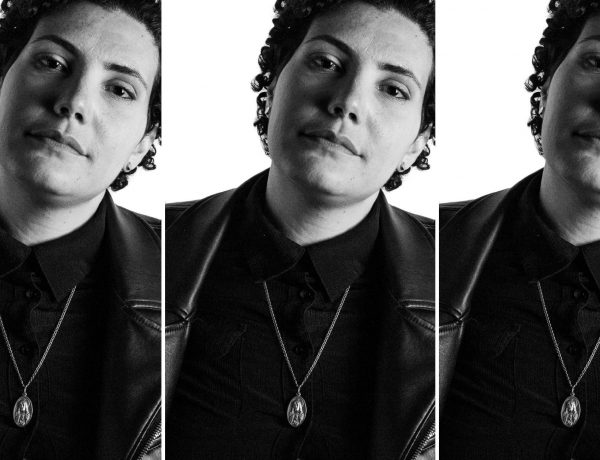 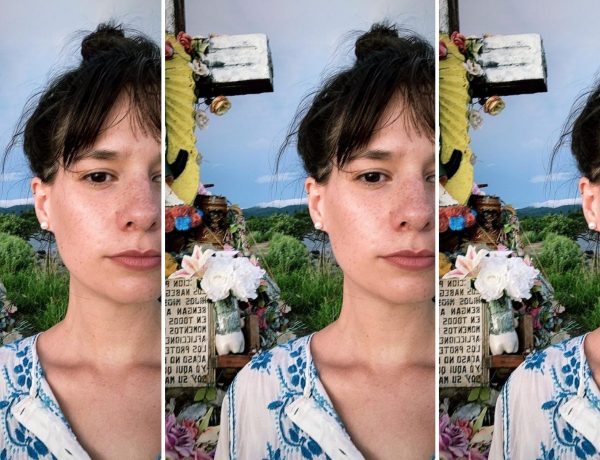