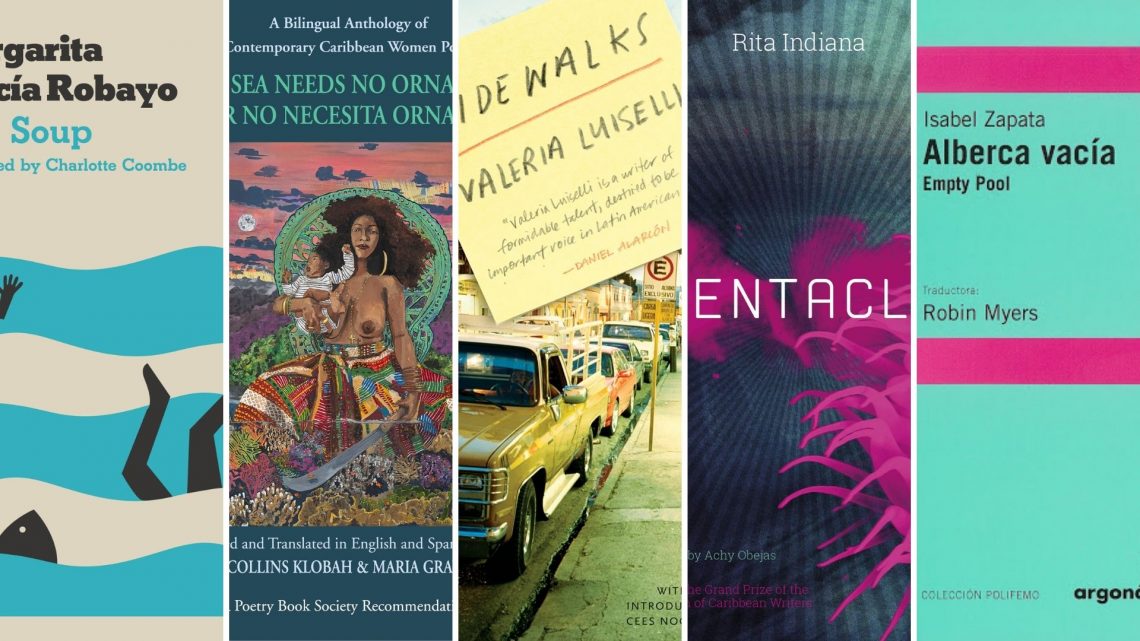 If you’re interested in Latin American literature in translation, you’ve probably heard of Isabel Allende and Borges. Maybe you’ve read some Clarice Lispector or even Paulo Coelho (full disclosure: I have read neither). But do you know about Margarita García Robayo or Brenda Lozano? Perhaps, and that’s likely thanks to an indie editorial.

After all, even though Amazon is the biggest translator of fiction, it’s more often than not the indie publishing houses that are collaborating with upcoming writers and translators or are doing the work of delving into the back catalogues of established names which ought to be recognised and celebrated.

Here are just five of my favourite editorials publishing Latin American literature in translation. (Plus a few bonus ones for good measure!)

Best for emerging talent, including translators

Charco Press – a pun on the way many Latin American countries use the word ‘charco’ (or, puddle) to refer to the Atlantic Ocean — is the editorial for Latin American literature in translation, at least in the UK anyway.

Since launching in just 2016, Charco Press have published numerous titles by at least six Latin American women and have an incredibly robust impressive roster of women translators from the UK and beyond. For what it’s worth, I really appreciate the way they spotlight their – often emerging — translators alongside the authors, acknowledging the importance of both sides of the equation.

(Perhaps the fact the Charco Press co-founder, Carolina Orloff is a translator has something to do with it!)

Happy Spring to all of those lucky folk who are entering warmer climes as of today (Or who have part of their hearts in the Southern Hemisphere…)!

And Other Stories (UK)

Best for contemporary writing in translation

And Other Stories was one of the first indie editorials I became aware of, way back when I applied for an internship there (no, I did not get the position). However, my enthusiasm for their output endured beyond a crushing rejection (kidding).

From Rita Indiana (DR) to Norah Lange (Argentina), Claudia Hernández (El Salvador) to Cristina Rivera Garza (Mexico), And Other Stories have some of the best literary translations coming out of Latin America right now.

I also love the fact that they’re headquartered in Sheffield and have repeatedly pushed for the decentralisation of the publishing industry in the UK.

Valeria Luiselli was my gateway to the world of Coffee House Press, given that she was perhaps the very first Mexican author I read and this Minneapolis-based editorial has published many of her English-language titles.

However, Coffee House Press have also published novels by Guadalupe Nettel and Verónica Gerber Bicecci (both Mexico) and have an upcoming title from María Ospina, a Chilean author who I can’t wait to read.

Proud to publish the absolutely awesome women author/translator pairs behind these books. Happy #WITMonth, all!

Editor’s note: Writing coming out of the Latin American Caribbean can sometimes be in English due to a history of colonialization etc., so technically Peepal Tree Press isn’t publishing literature in translation so to speak…but I’ll let it slide for the sake of the way they shine a light on Caribbean writers.

When it comes to Latin American writing, the Caribbean (beyond, say, the Dominican Republic and perhaps Cuba and Puerto Rico) can go overlooked. Yet Peepal Tree Press do a great job of making sure that’s not the case, publishing works by Guyanese writers Mahadai Das, Denise Harris and Beryl Gilroy, as well as Cuban, Puerto Rican, and Belizean authors.

We can fight over whether you consider Guyana and Belize part of Latin America some other time!

Sorry, my Mexico bias is showing! But I’ve been really impressed with the bilingual titles published by the Monterrey, Mexico editorial Argonáutica. And given that all the books are published with one half in Spanish and one half in English, it’s a great editorial to check out if you’re ready to start reading in your second (or third, or fourth) language. However, you would have to flick back and forth a bit if you’re looking for more of a Penguin parallel text experience.

It wouldn’t be a good round-up without a few honourable mentions! This time, my honourable mentions go to NYC-based The Feminist Press, which has plenty of titles I’m itching to read by Julián Delgado Lopera, Cristina Rivera Garza, Ivelisse Rodríguez and Claudia D Hernández on their roster. Also, Restless Books – another NYC-based publishing house – which has published one of my favourite Latin American titles in translation to date: Sexographies by Gabriela Wiener (translated by Juana Adcock and Lucy Greaves). Beyond that, Restless Books have titles by Chloe Aridjis, Achy Obejas and Fernanda Torres.